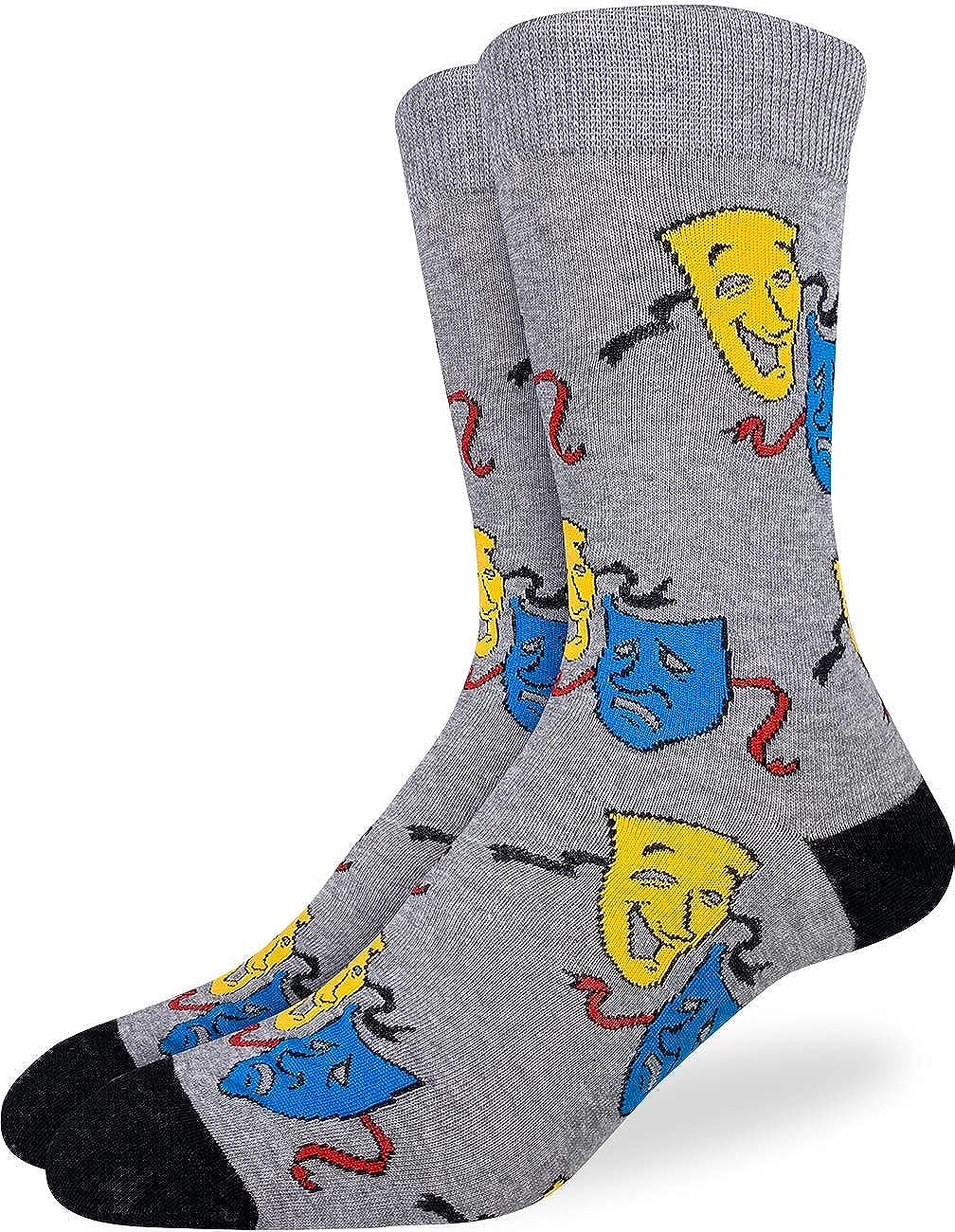 Our regular crew socks are made from an 85% cotton blend with spandex added to the mix to give it the perfect amount of stretch for your feet. They have a reinforced heel and toe to make sure they last long because we hate holes in our socks more than anything else. The designs are knitted into the cotton base. These socks are great for everyday casual wear or when dressing up for that important business meeting.

Our active fit socks are made from combed cotton with mesh vents and a reinforced heel and toe. And to cradle the contours of your feet, the socks sport a Y Gore Seam, deep heel pocket, and an elastic arch band. The active fit socks are thicker than our regular crew socks and are great for every day casual wear, when playing sports, or going for a hike. Are you wondering how we printed those wicked designs on our Active Fit socks? It involves a heat press, heat transfer paper, and special sublimation inks. Because we sublimate the inks right into the sock fibers, they will never lose their color, even after multiple washes.

Rock them with sandals, flip-flops, boots, sneakers, running shoes, formal shoes, or just on their own!

The stylish designs of these sassy socks can be worn with casual denim, a standard school uniform, even formal business wear.

We give your feet Good Luck with every step.

Whether they're for your spouse, your partner or even your parent, a pair of matching socks speaks volumes and creates the perfect gift or can complete an outfit for the cutest couple's photos.

Chef Works mens Valencia Chef Coat: It's funny how people do say that the most dangerous place to be is the Middle of the road. Most of the a...